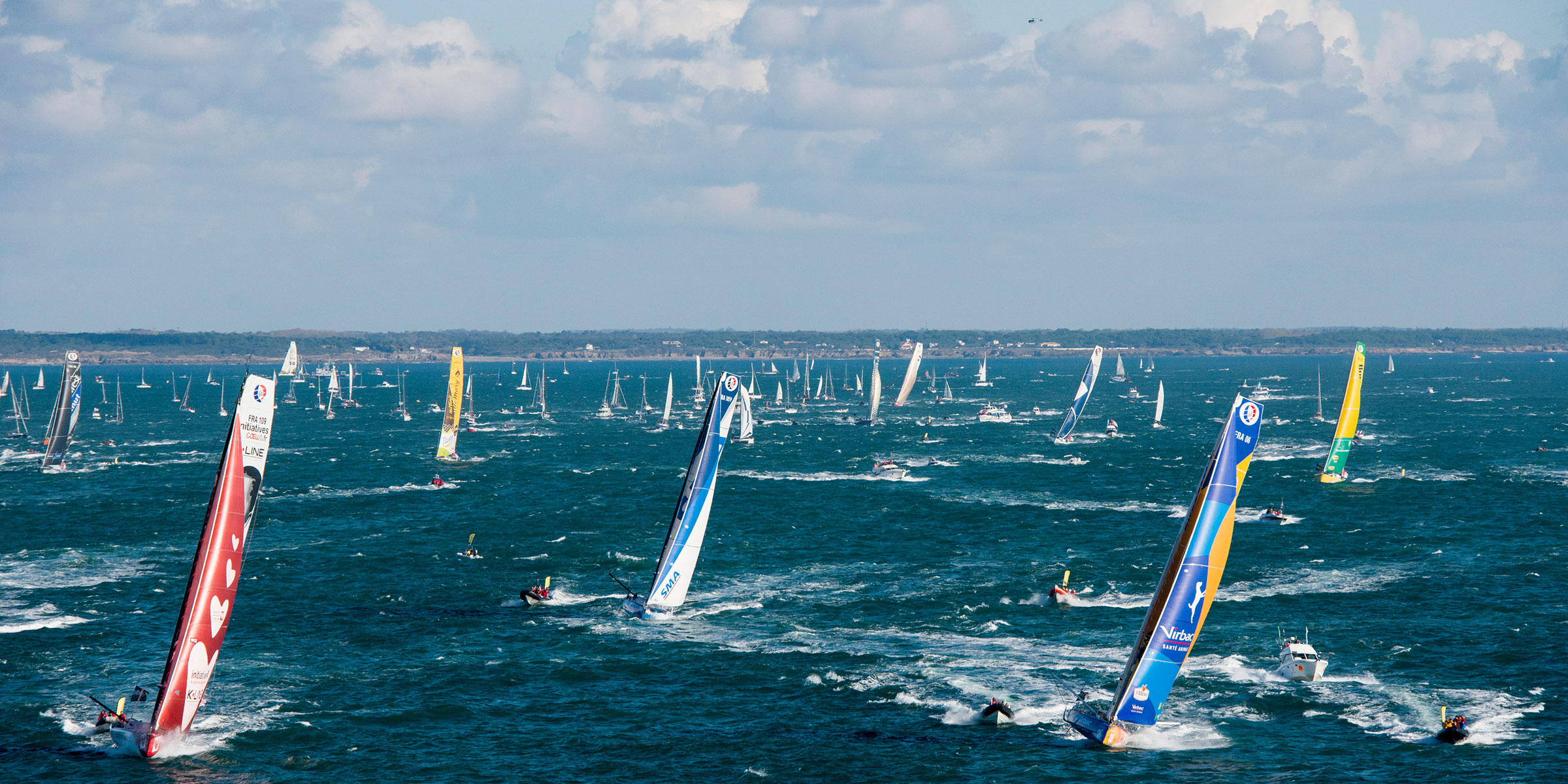 In the spirit that unites Ulysse Nardin with the explorers and fearless adventurers of the world, the brand has partnered with the Vendée Globe to sponsor the world’s most challenging sailing race.

In (less than) 200 days, the Vendée Globe's opponants will cross the starting line of the 9th edition for a new round-the-world race.

The ultimate test in ocean racing, the Vendée Globe begins and ends in the Sables d’Olonne, in the Vendée region of France. Competed without any support, stops or technical assistance of any kind, skippers face icy cold conditions, mountainous waves, leaden skies and howling gales as they sail solo around the planet’s roughest seas and cross places renowned as the most dangerous in the World.

Cape Horn, one of the land points the Vendée Globe sailors must pass by on their voyage around the world, is one of the most treacherous routes. As they navigate around the southernmost tip of Chile, skippers face icebergs, violent winds and dangerous currents, making this one of the most confrontational chapters in the renowned round-the-world race. As they circumnavigate the globe, the passage around Cape Horn is one of the most harrowing because, as the point at which the Pacific and Atlantic oceans meet, nature unleashes an array of furies, each more precarious than the next.

Nemo Point, a position in the South Pacific off of the coast of Chile, named after author Jules Verne’s seafaring captain, which is quite literally in the middle of nowhere. Closer to the International Space Station than to solid land, Point Nemo is Located at 48°52.6′S 123°23.6′W, the location in the ocean that is farthest from land. It is an oceanographic location which sits within the South Pacific Gyre, the most remote position on planet Earth. Sailing through Nemo Point, many of the sailors participating in the Vendée Globe find themselves in this massive, rotating ocean current, a centripetal force that tests them to the very core.

Antarctica, the last continent to be discovered and the Earth’s southernmost, most hostile landmass - has been a source of fascination for explorers, scientists and historians for the two centuries since it was first sighted. A place of mystery and intrigue, the frozen tip of the planet has been fabled destination and source of fascination since Aristotle wrote about a possible Antarctic region in his tome Meteorology circa 350 BC.

"We are delighted to welcome Ulysse Nardin as Official Timer of the Vendée Globe 2020-2021. This pioneering brand of Swiss Haute Horlogerie has been built internationally in connection with the nautical world. It is therefore natural that the Vendée Globe, the international reference for solo offshore racing, and Uysse Nardin have come together to found this partnership for the next edition."

The ultimate test in ocean racing, the Vendée Globe begins and ends in the Sables d’Olonne, in the Vendée region of France. Competed without any support, stops or technical assistance of any kind, skippers face icy cold conditions, mountainous waves, leaden skies and howling gales as they traverse the Atlantic and Southern Oceans to sail solo around the planet’s roughest seas. Taking place once every four years, the course – often referred to as the “Everest of the Seas” - takes the monohull yachts from the French coast 40,075 kilometers on a north-south trajectory around the circumference of the Earth. To limit the risk of encounters with icebergs, the Race Direction has established a zone prohibited to sailing, called the Antarctic Exclusion Zone (AEZ) which goes around the Antarctic between the 45° on the Croset Islands side and the 68° S off Cape Horn.

The next Vendée Globe race begins on November 8, 2020 and will mark 30 years since the first challenge and Ulysse Nardin will be the official timekeeper.

In honor of the skippers who choose to risk everything by embarking on this daunting, dangerous and daring adventure, Ulysse Nardin and the Vendée Globe have created a webserie composed of 6 chapters called #Odyssey by #UlysseNardin.