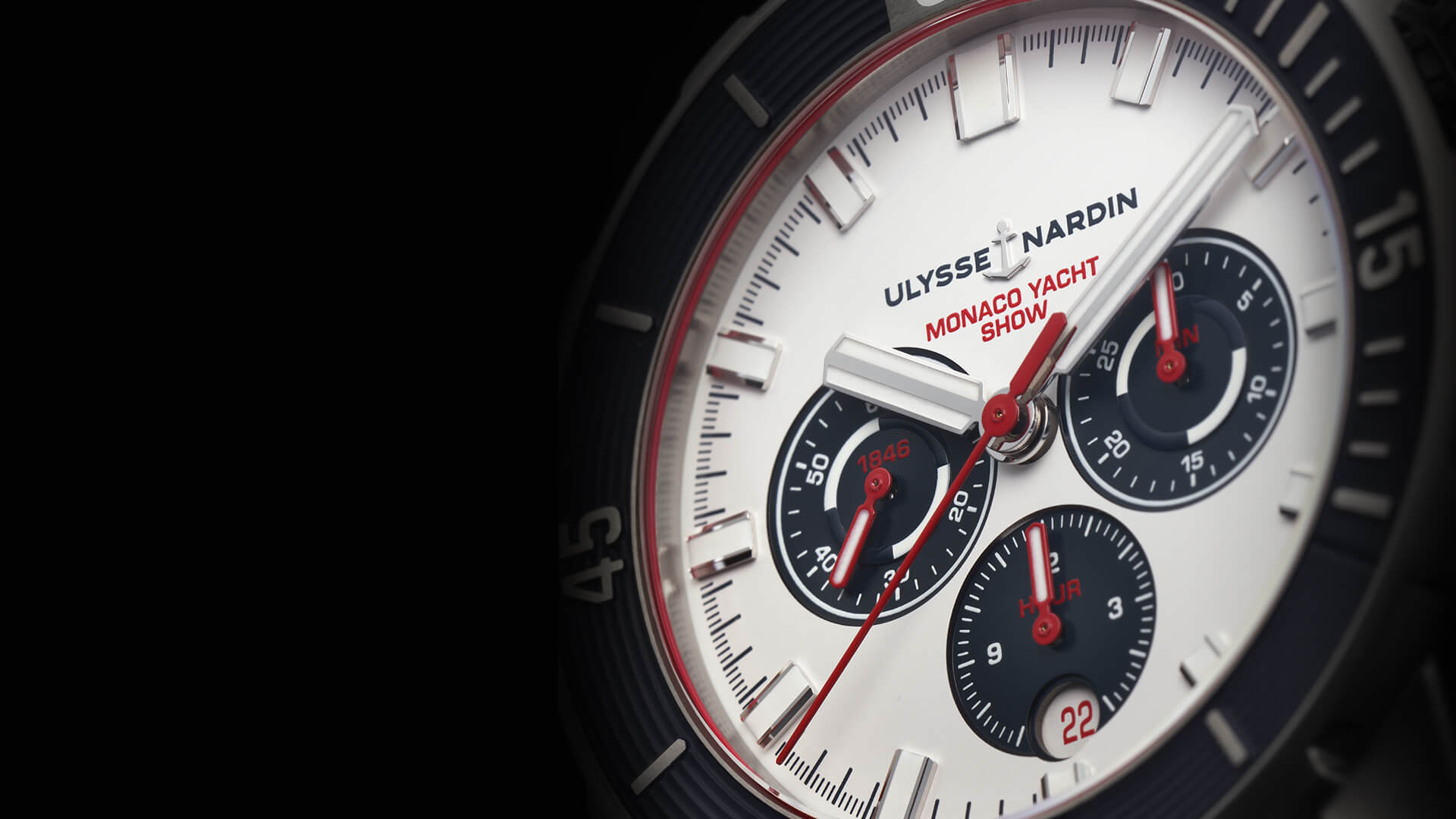 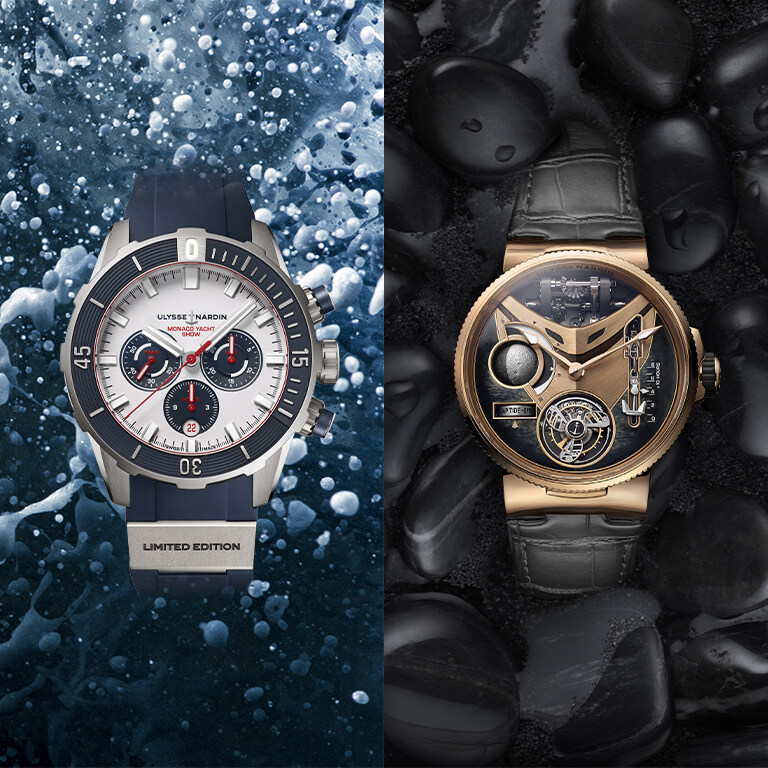 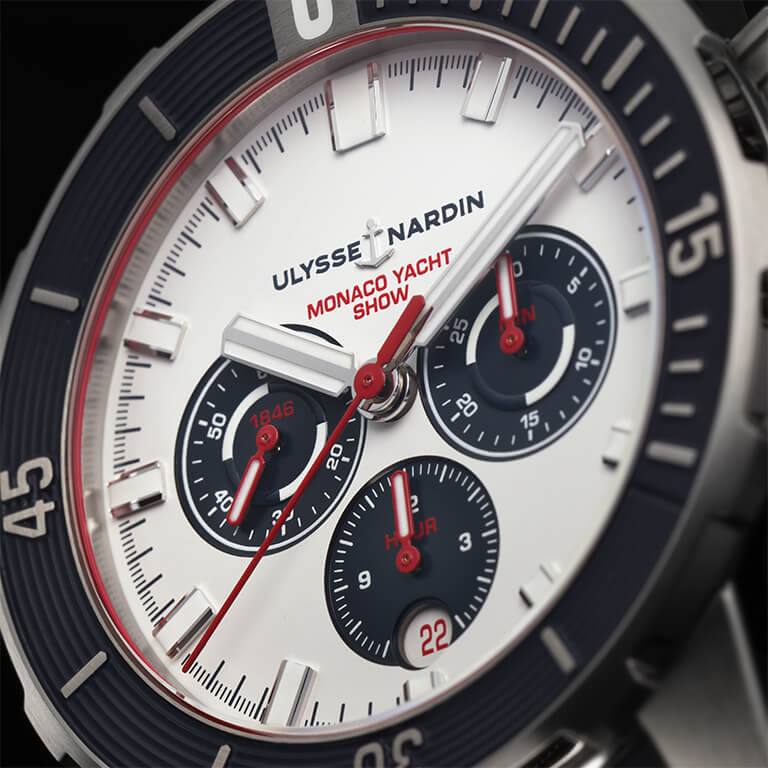 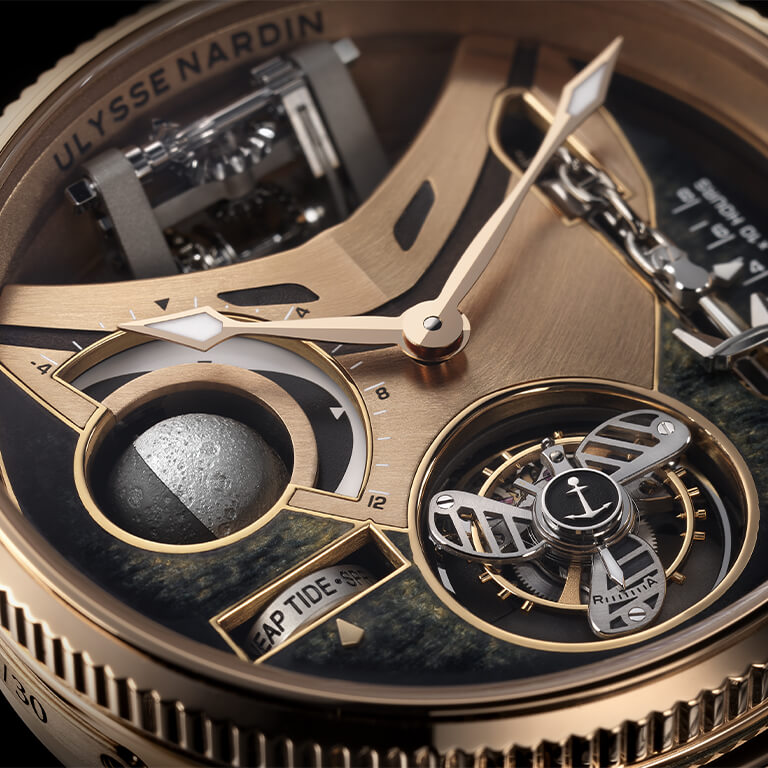 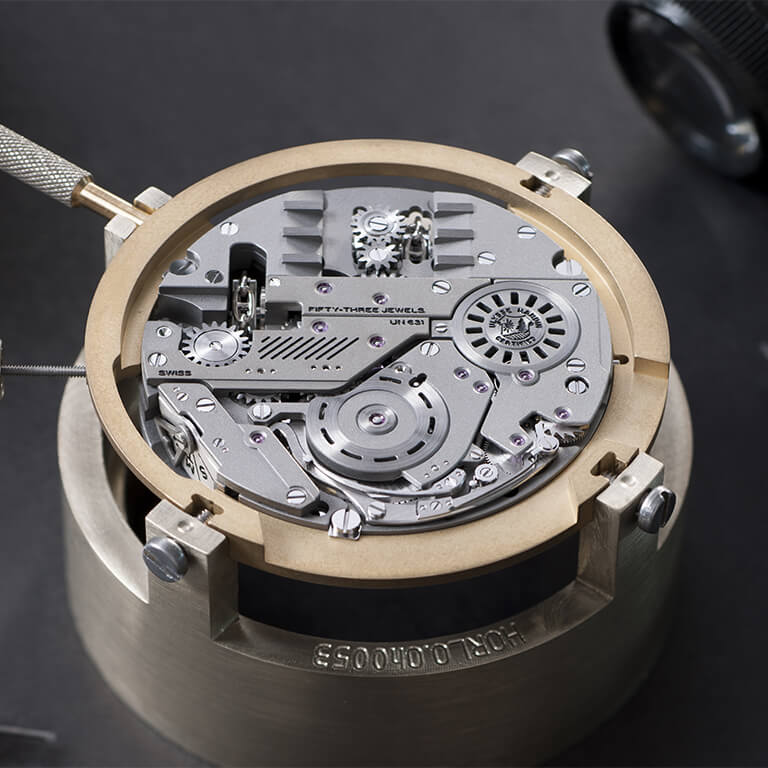 With its diameter of 44 mm, this instrument displays on its dial the streamlined bows of a luxury vessel. Magnificently reproduced in 3D, it seems to surface from a pool of white gold as though it were emerging from the mist, and cuts through a sea of “Grand Feu” Enamel on a wave of foam portrayed with astonishing realism. To guarantee perfect timing, this construction is regulated by a flying tourbillon. To ensure the watch is firmly anchored in the nautical world, the cage of the flying tourbillon is decorated with a propeller with its blades specially honed to guarantee the highest level of performance for latest-generation yachts. And since every detail counts, the hands, with their design inspired by the venerable marine timepieces that the Manufacture has always supplied, move majestically above this scene, like the lamps of lighthouses or buoys floating on the horizon out at sea. This powerful beating heart of the watch has a diameter of 37 mm, features 504 components and is wound by hand. It guarantees a power reserve of 80 hours at a cruising speed of 21,600 vibrations per hour, with the tourbillon rotating at 60 rotations per hour (or one rotation every 60 seconds). Its first role is to provide an analog time display, giving a three-dimensional presentation of the phases of the Moon and containing a mechanism that displays the height of the tides in real time in relation to a specific location, in addition to indicating the seasonal coefficients, once the mechanism has been adjusted by the action of the winding-crown, the position of which is measured in a window opened up in the side of the watch-band in the same way as the screen of an exercise telegraph. Since watchmaking is above all an art form, the anchor, with its contemporary design fashioned in the form of a plowshare, linked to the chain by the anchor ring (and which itself passes through a mooring chock which might have been thought to be entirely decorative), moves in response to the movements of the winding-crown so as to indicate the power reserve. Keen to be as realistic as possible, Ulysse Nardin has perfected an authentic miniature windlass, visible at 12 o’clock. 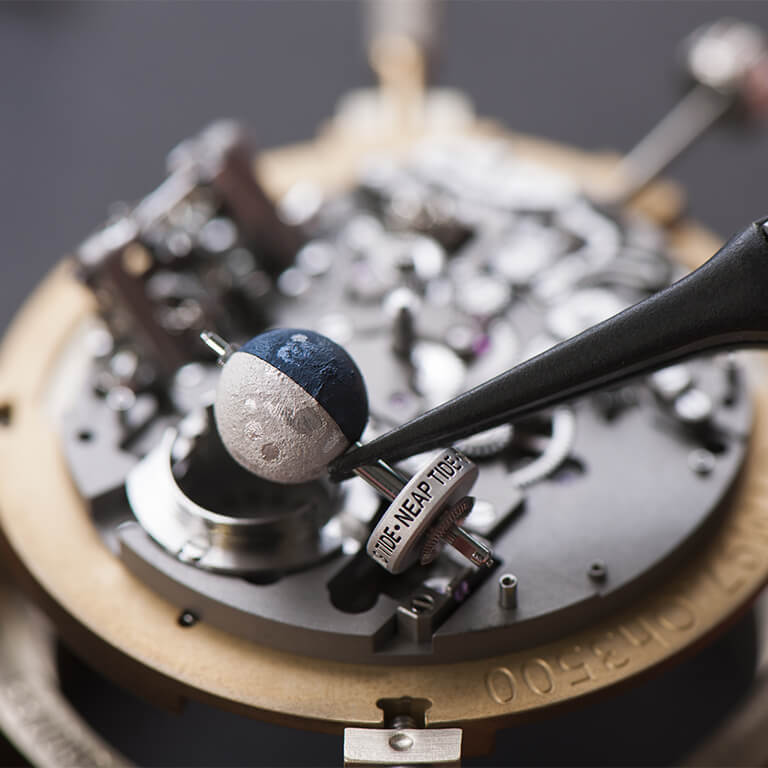